After trying its wings on the global market, Suomivalimo once again became a family-owned business with Elo’s help

The 102 years of Suomivalimo’s history are rich in twists and turns. After stretching its legs in the global market, it was time for the company to return to its roots. With the help of Elo’s financing services, Suomivalimo resumed its original status as a family-owned business.
Established in Helsinki in 1918 as Rauta- ja Metallivalimo Suomi (‘Iron and Metal Foundry Finland’), the foundry has moved a long way from the capital to its current hometown of Iisalmi in the northern Savo region. Along the way, the company has seen times of depression and war, but also experienced periods of thriving business and growth. And a frenetic stab at conquering the world.

“Indeed, it would be truly difficult to summarise our history in only a few words”, says foundry entrepreneur Antti Lehtonen.

It is worth a try nonetheless. Suomivalimo has, after all, played an important role in the development of the foundry industry in Finland.


From Iisalmi out into the world

The company’s phase of rapid growth began in the early 1980s.

“My father pursued growth intensively, to the point at which it even got out of control. The company’s turnover grew 15-fold within a very short period of time through acquisitions and organic growth.”

In 1990, following a generational change, the company was split into two, a foundry and a gear manufacturing company. Only two years later, the fatal devaluation of the Finnish mark brought the foundry business to its knees. During the depression, a high price was paid for the foreign-currency loans that had facilitated the company’s expansion during the 1980s.

“My brother Heikki and I then decided that the company he owned, Santasalo-Vaihteet, would buy part of the foundry business.”

The acquisitions included the Swedish company, Componenta Industri Ab, a name that is well-known in Finland, as well as acquisitions in the Netherlands and Turkey.


A return to its roots

The expansion, however, came with a steep price. Componenta was driven into difficulties, resulting in a company reorganisation in 2017. At that time, the idea arose of Suomivalimo returning to its roots as a family-owned business.

“The foundry has a special place in the history of our family. We all have worked for the company and we know the business. In 2016, when we were given an opportunity to save the company that was founded by our great grandfather and return it to its roots, we simply had to seize it.”

The family history was an essential aspect of the deal. Lehtonen explains that if it had been a question of any other company, the whole operation would never have been undertaken.

Moreover, the decision to buy was influenced by Suomivalimo’s excellent growth potential.

“We had a strong belief that we would be able to turn the company’s development towards a profitable growth track.” 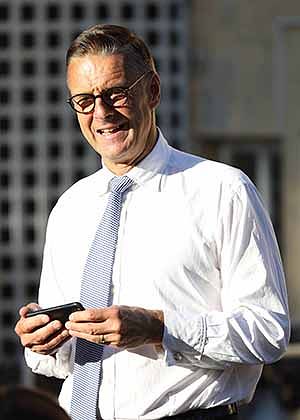 Suomivalimo’s return to its status as a family-owned business was implemented through a management buy-out (MBO) deal, when CEO Olli Karhunen joined together with Antti and Heikki Lehtonen, members of the founding family, to purchase the company.

Elo was involved in the project at a very early phase.

“When the MBO was announced, we had a call from an old friend who asked about our financing arrangements and suggested that Elo might be of assistance."

Before that call, Lehtonen had not even thought of an employment pension company as an option for a financing partner.

“I didn't know much about the financing services of pension companies. Nevertheless, we started negotiating and found common interests quite soon.”

According to Antti Lehtonen, Elo’s early support was extremely important.

“It boosted other financing negotiations and helped us to attain the overall financing we needed.”


No further interest in global markets

The Suomivalimo deal was made during an economic boom. Since then, the outlook has become more insecure, and weakening demand is anticipated in Finland as well. Lehtonen feels that this is, however, quite a normal situation, as widely fluctuating trends in annual demand are typical for heavy industry. Much depends on the order books of mechanical industry.

Lehtonen is quite sure of one thing though: Suomivalimo will no longer aim for the global market.

“We have been there and know what it takes”, says Lehtonen. And he continues to say that if any growth is sought from outside the domestic market, the target will be Sweden.

“In terms of the foundry industry, Sweden is a shielded market. We will not, however, try to enter the market through acquisitions. It is a cumbersome process to integrate an acquired company into your own established activities – I can tell you this based on experience from about 50 acquisitions.”

Lehtonen views Elo as a potential partner for the future as well.

“Of course, if the need arises. Elo certainly shares our confidence.”

Is it time to expand your company operations?

Together with our partners, we will help your company to find the optimal financing solution for your situation.